It’s ALLLL Gravy. My name is Gravy and I’m the chillest pit bull you’ll ever meet. They say I’m mellow because I was born and raised in Humboldt County, but life wasn’t always this good. I had a rough first four years of life. At one year old, I was separated from my three siblings when our first human became homeless. I did hard time in the county jail, was bailed out a few times, and spent time in a half way house, but kept finding myself behind bars for bad behavior, earnin’ myself the nickname Graveyard (R.I.P. chickens). In 2013, a travelin’ woman bailed me and we have been inseparable ever since. I have since dropped my street-dog ways, and am happy lovin’ the good life. If you see me on the streets, say WASSUP  — G 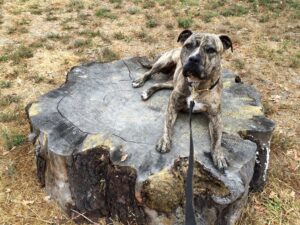 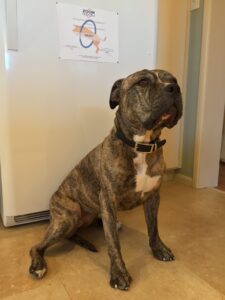 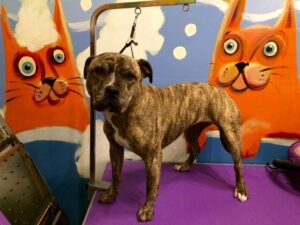 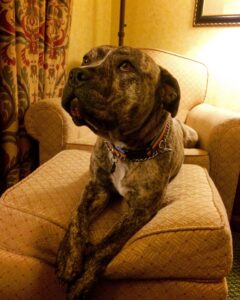