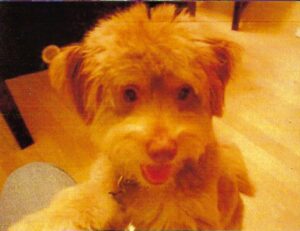 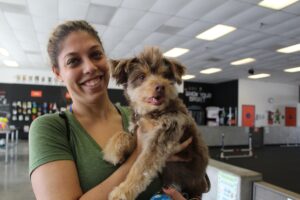 Indiana who is better known as Indy was adopted from the Carson Shelter by mom Sahar. Indy’s birthday is September 23, 2010.   Indy is currently the only dog to win 2 Agility League Championship titles! 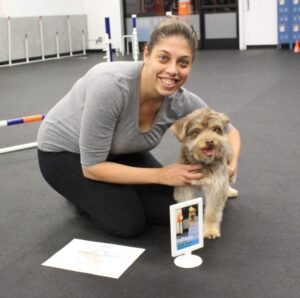 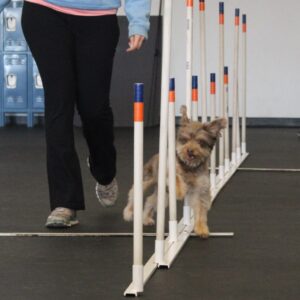 Indy and Sahar have been attending classes,  workshops, parties and events for the last year. They have successfully completed Obedience 1, 2 and 3. Agility 1, 2, 3 and 4. and our Scent 1 workshop.  They have also competed in all seasons of  our Agility league. They have attended our Howl’Oween Pawties, Zoom Day parties, and Minute to Win it game nights. 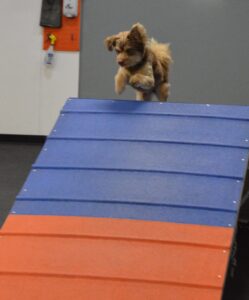 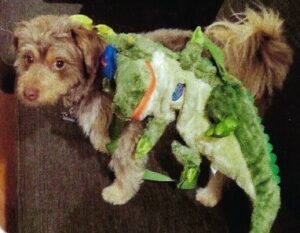 Indy’s favorite snacks is usually anything that mom is eating. He is not known to be picky… Indy loves to go out everywhere and anywhere he can!  His most favorite spots are daycare, Zoom Room and Grandma’s house in Florida. 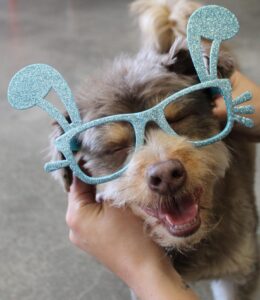 Indy has serious feelings about what’s on TV. He loves animals, especially dogs and horses, but he hates (with a passion) monsters, fighting, close ups of faces and hands. He also hates dragons, he really makes it very very difficult to watch Game of Thrones.