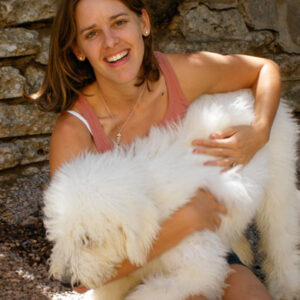 Bringing home a new dog can be exciting for you, but your resident dog may have a differing view on the new arrival. Just as human babies can disrupt the balance at home and create behavioral issues for younger children dealing with a new sibling, a new puppy or dog can wreck havoc on your home’s serenity. Introducing a new dog into the household appropriately can go a long way toward making sure the transition is a smooth one.

First and foremost, when you consider bringing home a new dog, make sure that you choose a dog or puppy that has a compatible personality with your current dog. A sedate, mellow, older dog would not do well with a Viszla puppy, for example. If you are buying or adopting a puppy, do some research on appropriate breeds. Size, activity level, and gender should all be taken into consideration. A very large dog may overwhelm your smaller dog, and an outgoing, assertive breed may make your shy dog want to hide under the bed and never come out. If you have a male dog, consider a female, and vice versa. Two males or two females have a higher likelihood of squabbling.

If your current dog has ever displayed signs of dog aggression – lunging, snapping, biting, or frequent squabbles at the dog park or dog daycare – consider hiring a professional dog trainer to help you not only choose a dog, but to handle the initial interactions. Particularly if you are looking to adopt a rescue, a trainer can often spot warning signs that you may not, and can guide you towards finding the right second dog. Consider it “doggy matchmaking.” Many trainers offer this service. Just ask.

How to Introduce a New Dog

Once you’ve found the right dog or puppy for your home, introduce a new dog to your older dog on neutral territory. If you are adopting a dog, consider bringing your older dog to the adoption fair or foster home to test out the prospects. Remember, your dog is going to be spending more time with the new arrival than you will, and it’s unfair as well as unwise to pick a dog that he or she actively dislikes. When you introduce the two dogs, let them meet with both dogs on leash, preferably in a controlled area with few distractions. A quiet park (not the dog park) is a good area. Avoid the front and back yard – these are generally not considered neutral. Watch for signs of stress or impending aggression from either dog – hackles raised, stiff tail and body posture, or growling. If either dog shows aggression, cut the meeting short and reconsider your new arrival.

If you are introducing a new puppy to your dog, make sure that the puppy does not overwhelm the older dog. Puppies are pretty rude in their displays of friendliness (it’s a bit like a complete stranger running up to you and kissing you) and while older dogs generally give them a “puppy pass” and tolerate them, at some point they’ll tell the puppy off. When introducing a puppy, it’s important that the first interaction be a good one, so just let the dogs greet for a few minutes, then separate them and feed each one some cookies at some distance between the two. This distracts them and also creates a positive association with the presence of the other dog. Then let them meet again.

Do not expect that the dogs will love each other at the first meeting. If they do, great, but often it takes a while for one or the other to warm up. If things are going well, though, and the dogs are at least tolerating each other, you can bring the new dog into the household. Be aware that your older dog may not enjoy this initially, so be particularly mindful of possessiveness around toys and food. It’s a good idea to feed the dogs separately and bring in new toys for everyone to enjoy. Once the new puppy or dog is in the house, let him explore, but watch your other dog for signs of stress. It’s important to avoid putting your older dog in a situation that is overwhelming, since dogs often react to stress with aggression displays. Introducing a new puppy, in particular, can be a huge irritant to an older dog, and so make sure that you give your older dog frequent breaks from the new arrival, either taking him out on walks or by closing off part of the house. A crate for the newcomer can really help reduce stress for all involved.

Getting a Second Dog

When getting a second dog, you should expect hiccups with the new arrival. The hierarchy of the household is disrupted, and often needs to be recalibrated. You must make a difficult but crucial observation in the first few days after the introduction while the dogs assert their dominance over each other. Normally, the older dog will be dominant over a puppy (although this might change after a few months) but with two adult dogs, either one can be dominant. The dominant dog will take food and toys away from the other, push to be first for attention, and show dominant body language.

Dogs do not live well in democratic societies, and so it’s important to respect the hierarchy to avoid aggression and confusion. This means that you should feed and pet the dominant dog first – even if it’s the new dog. Relinquishing the post of top dog can be hard on the older dog, but is usually harder on the owner. If you feel guilty, take your older dog for frequent walks by himself. But around the other dog, you must respect the hierarchy or the new arrival will try to assert himself even more forcefully, which often leads to aggression. When everyone understands the order, no one fights.

Finally, consider enrolling your new arrival in puppy classes. It will help you communicate better and establish some ground rules. People often expect that the older dog will “teach” the young dog, but remember that you probably spent a lot of time establishing manners with your first dog, and you need to devote the same time with your new arrival.

Bringing home a new dog can be exciting. Make sure your older dog is just as thrilled by following these guidelines:

Want to learn more about how to interpret dog body language and dog play gestures? Understanding the language of dogs and how they interact with one another – when it’s safe to relax, and when you should be concerned and intervene – is the secret to enjoying the company of multiple dogs. (It’s also a great help when your dog or dogs are out on play dates with new friends.)

We have just the thing! The Zoom Room has free dog training videos on Dog Body Language and Dog Play Gestures. Enjoy!