The Oscars Have Gone to the Dogs 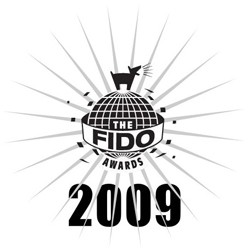 Here in L.A., movie producers have the good sense to put talented dogs to work in the movies. We’re not just talking Marley & Me or Hotel for Dogs. Can you imagine As Good As It Gets without the pooch? The right droop of a tail or cock of a head is box office gold. But speaking of gold, where are the statuettes for the unsung canine movie stars?

Turns out they’re in England, home to the Third Annual Fido Awards.

Like their human equivalent, The Fido Awards are divided into categories. In addition to the five categories listed below, this year they are also offering an award for “Dogs Trust Star of Tomorrow” — yes, their very own “People’s Choice Award” for dogs.

Dogs Trust is a household name in the UK, but not as well known here in the U.S. Dogs Trust is a non-profit organization that dates back to the late 19th century and serves over 16,000 dogs a year through a range of programs including microchipping, spaying and neutering, adoption drives, and responsible owner education.

Nominees for the “Star of Tomorrow” Award are submitted via Wag! Magazine, a publication of Dogs Trust that comes out three times a year for the organization’s supporters. If you’d like to make a donation to Dogs Trust and start receiving Wag!, you can donate online. Note: £20 is roughly the equivalent of $33.

POST UPDATED: WINNERS ANNOUNCED, AND APPEAR BELOW IN BOLD

The winners, selected by a panel of British film critics, were announced on November 22, 2009.

Without further ado, here is the list of nominees…

For performance of the year in an “event movie”

For a stand-out moment of cinematic canine gold